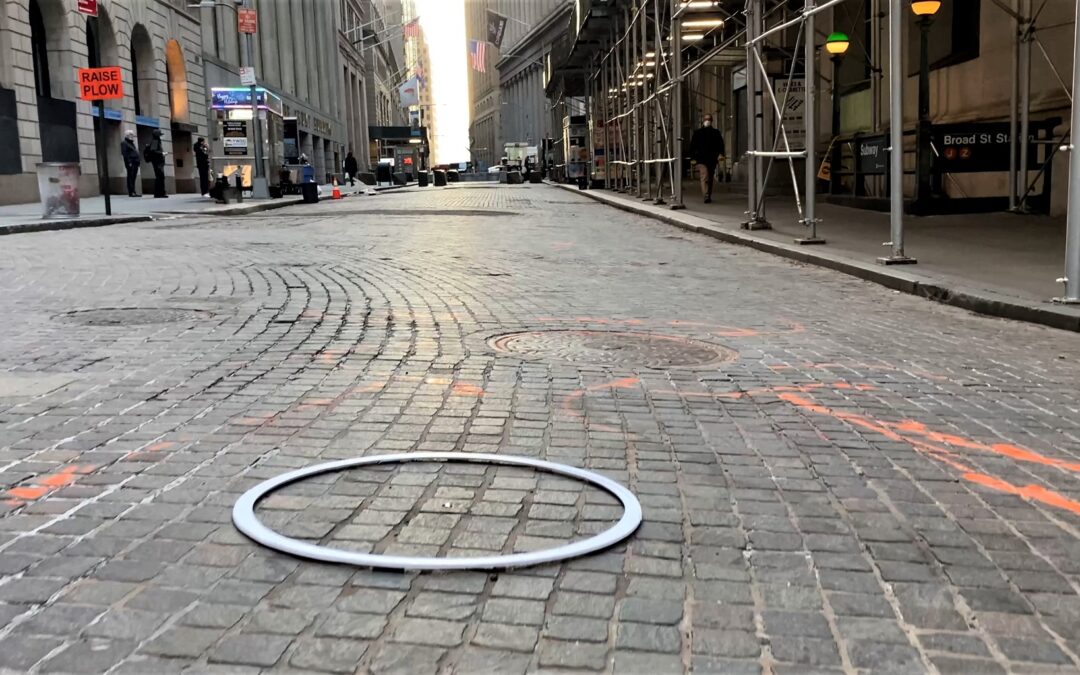 In front of Federal Hall and a few steps from New York Stock Exchange, “Afrodite Piange” by Salvatore Garau will be born, the third in a cycle of seven “immaterial” works that will be installed in as many cities around the world.

Realized thanks to the support of the Italian Cultural Institute in New York, which will offer a preview of the new project of the Sardinian painter and will dedicate a “virtual room” to him on the platform wwww.stanzeitaliane.it, conceived by the director of the Institute Fabio Finotti and devoted to Italian art and culture, “Afrodite Piange” is an immaterial sculpture that exists only by will of the artist. It is an artwork only made of air, which takes shape thanks to the imagination of the observer, but above all with zero environmental impact and not replicable on the web: unlike the digital art of NFTs, Garau’s sculptures are not an agglomeration of pixels, not an image, but its negation.

You don’t see me but I exist, right above this white round shape / I’m Aphrodite, an intangible sculpture made of air and spirit / Feel my absence which is a true existence / Still don’t see me? And yet I am here, in front of you, and I cry because I am beauty and love which is disappearing / I am your name / Give me the shape you want. Make sure I don’t disappear Altogether /At least make sure that my name remains

Can an artwork that does not exist acquire its own life (even on the art market) only by the will of its author? According to Garau, it can: “The moment I decide to “exhibit” an immaterial sculpture in a given space, that place will gather a certain quantity and density of thoughts in a precise spot, creating a sculpture that from my title alone will take manifold shapes. The concept of my sculptures is completely different from the provocations of Marcel Duchamp at the beginning of the twentieth century or of the conceptual art of the sixties. The absence of matter for me is an act of love towards the unknown and the mystery to which almost all of humanity is committed”.

“We are living in a time” – adds Garau – “in which our physicality, our being present is replaced by our virtual image and our voice (which is also impalpable). Our being flesh and blood has to reckon with absence, which is the only true presence in these days.”

From Saturday, May 29, therefore, the digital platform “Stanze italiane” of the Italian Cultural Institute in New York – which represents a new way to show Italy as a country going beyond traditional styles and open to the new, the unprecedented, the unexpected – will offer a preview of the video documenting the positioning in New York of the new immaterial sculpture by Salvatore Garau “Afrodite Piange”: a white circle with a red dot at its center, on the notes of an intense soundtrack that is almost endowed with a co-protagonist role, featuring Anna Tifu’s violin, Andrea Cutri’s guitar and the drums played by Garau himself, a member of Stormy Six in the 1970s and 1980s. 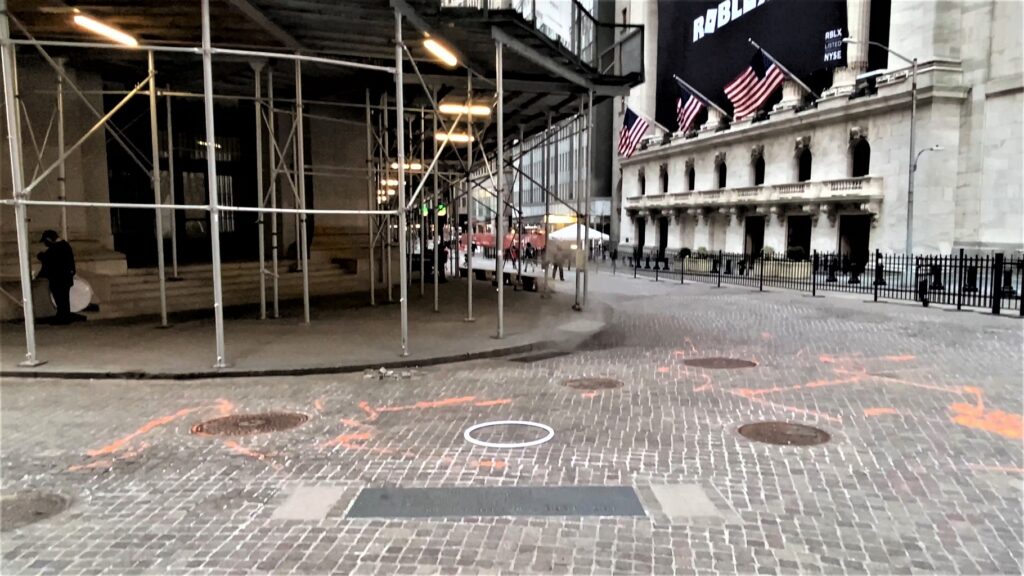 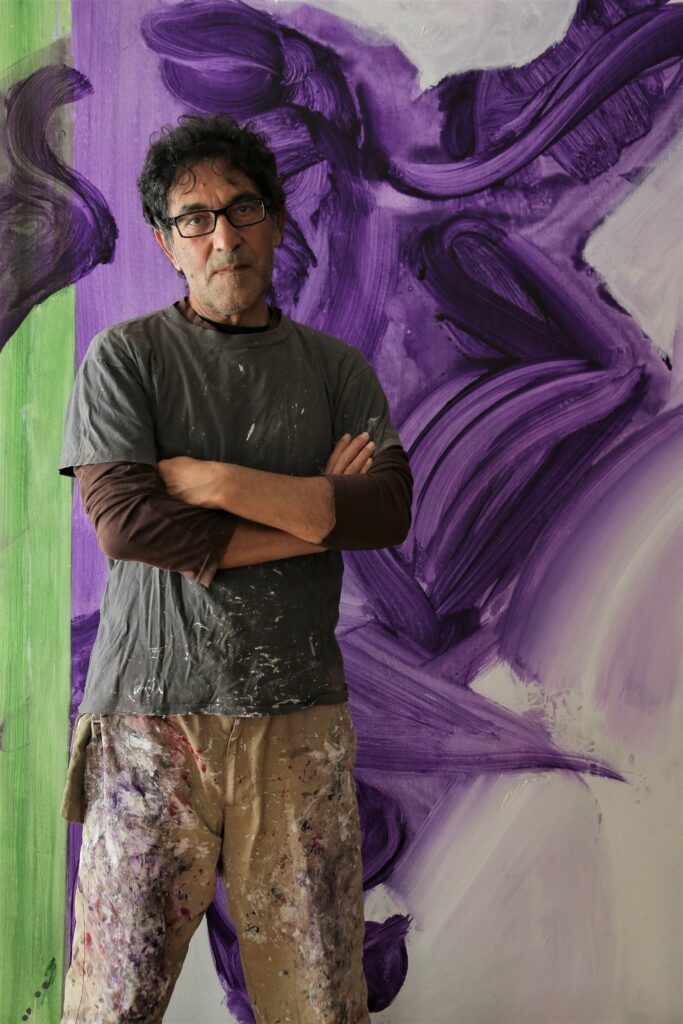